There would have to be something really wrong with this book for me not to like it - it debunks a lot more than just 50 myths of psychomythology (I love that phrase the authors used...adding it to the ... └³├╝ Ė«║õ └ą▒Ō

Although I usually end up with a dissatisfied feeling when reading a book based on rave reviews, this one was not the case. It provides much needed corrective to some of the fuzzy thinking that ... └³├╝ Ė«║õ └ą▒Ō

Scott O. Lilienfeld is a Professor of Psychology at Emory University. He is a recipient of the 1998 David Shakow Early Career Award for Distinguished Contributions to Clinical Psychology from Division 12 (Society for Clinical Psychology) of the APA, past president of the Society for a Science of Clinical Psychology, and a Fellow of the Association for Psychological Science. Dr. Lilienfeld's principal areas of research are personality disorders, psychiatric classification and diagnosis, pseudoscience in mental health, and the teaching of psychology.

Steven Jay Lynn is a Professor of Psychology at the State University of New York at Binghamton. He is past President of the APAĪ»s Division of Psychological Hypnosis, and the recipient of the Chancellor's Award of the SUNY for Scholarship and Creative Activities. His major areas of research include hypnosis and memory.

John Ruscio is an Associate Professor of Psychology at The College of New Jersey. His scholarly interests include quantitative methods for psychological research and the characteristics of pseudoscience that distinguish subjects within and beyond the fringes of psychological science.

Barry L. Beyerstein (the late) was Professor of Psychology at Simon Fraser University and chair of the British Columbia Skeptics Society. He was Associate Editor of the Scientific Review of Alternative Medicine, and he co-authored many articles in the Skeptical Inquirer and professional journals. 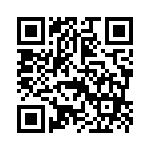