Laura C. Nelson is an associate at MDRC, a nonprofit research organization, where she currently focuses on poverty, employment, and social policy in the United States. 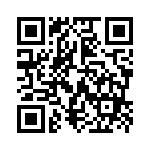