Susan T. Fiske is Eugene Higgins Professor, Psychology and Public Affairs, Princeton University (Ph.D., Harvard University; honorary doctorates, Université Catholique de Louvain-la-Neuve, Belgium; Universiteit Leiden, Netherlands; Universität Basel, Switzerland). She investigates social cognition, especially cognitive stereotypes and emotional prejudices, at cultural, interpersonal, and neuro-scientific levels. Author of over 300 publications and winner of numerous scientific awards, she has been elected to the National Academy of Sciences. Sponsored by a Guggenheim, her 2011 Russell-Sage-Foundation book is Envy Up, Scorn Down: How Status Divides Us. Her most recent book is The HUMAN Brand: How We Respond to People, Products, and Companies (with Chris Malone, 2013). With Shelley Taylor, she has written four editions of a classic text: Social Cognition (2013, 4/e) and on her own, three editions of Social Beings: Core Motives in Social Psychology (2013, 3/e). She has lately edited Beyond Common Sense: Psychological Science in the Courtroom (2008), the Handbook of Social Psychology (2010, 5/e), Social Neuroscience (2011), the Sage Handbook of Social Cognition (2012), and Facing Social Class: How Societal Rank Influences Interaction (2012). Currently an editor of Annual Review of Psychology, PNAS, and Policy Insights from Behavioral and Brain Sciences, she is also President of the Federation of Associations in Behavioral and Brain Sciences. Her graduate students arranged for her to win the University’s Mentoring Award, and international advisees arranged for her to win the APS Mentoring Award.

Shelley E. Taylor, Ph.D. is Distinguished Professor of Psychology at the University of California, Los Angeles. Her research examines the psychological and social origins and moderators of psychological and biological responses to stress and their health consequences. She focuses especially on socioemotional resources, including optimism, mastery, self-esteem, and social support, and the genetic, early environmental, and neural bases of these resources. Professor Taylor also studies how positive illusions can be protective of mental and physical health. Professor Taylor received her Ph.D. from Yale University. She is a member of the National Academy of Sciences, the Institute of Medicine, and the American Academy of Arts and Sciences. Her work is published in a broad array of psychological and biologically-oriented journals. 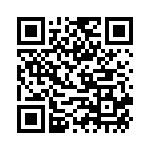