The Hop Grower's Handbook: The Essential Guide for Sustainable, Small-Scale Production for Home and Market

Hops is a powerful medicinal plant that has been used for millennia for a variety of ailments (it is a member of the Cannabaceae family—the same family as cannabis). Recently, hops has become the go ... ¿¸√º ∏Æ∫‰ ¿–±‚

Laura Ten Eyck owns and operates Helderberg Hop Farm and Indian Ladder Farmstead Brewery and Cidery with her husband, Dietrich Gehring. The two have been growing hops and brewing beer at home for more than twenty-five years and have been working to restore local hop production in the northeast. Helderberg Hop Farm is located on 60 acres of Indian Ladder Farms, an extensive pick-your-own orchard with a local foods grocery, bakery, café, and retail gift shop in upstate New York that Ten Eyck previously managed. The orchard has been in Ten Eyck's family for four generations, and she and Gehring have lived there for more than twenty-five years, growing fruits and vegetables for sale to restaurants, gardening extensively, and raising sheep for meat and wool, dairy goats for milk, and chickens for eggs and meat. Ten Eyck is also senior manager of New York Outreach and Projects at American Farmland Trust, a nonprofit where she advocates for national and regional farmland conservation, and was previously a freelance journalist.Laura lives on the Helderberg Hop Farm in Altamont, New York.

Dietrich Gehring is a small-scale commercial hop grower, professional photographer, home brewer, and co-owner, with Laura Ten Eyck, of Helderberg Hop Farm and Indian Ladder Farmstead Brewery and Cidery.nbsp; Helderberg Hop Farm, located outside the City of Albany in upstate New York, is a 60-acre farm growing barley, hops, apples, pumpkins, and blueberries. Gehring grew up working on his grandparents' dairy farm, attended the New England School of Art and Design, and went on to pursue a career in photography while working as a photo editor for Animals magazine and Workman Publishing, editing the Audubon and Greenpeace photo calendar series, among others.nbsp; He is a photographer of agricultural and natural landscapes, selling his work through galleries and to individuals. He has photographed all manner of farms ranging from apple orchards and vegetable and sunflower farms to cattle, sheep, goat, pig, and poultry farms. His work has been published in numerous magazines and can be viewed online at www.dietrichgehring.com . Gehring's long love of hops and brewing began decades ago, when he was sales manager for Newman's Albany Brewing Company, one of the first craft breweries in the United States.nbsp; It was here that he learned how to brew beer and market it locally. He has worked in Boston, Massachusetts, and New York's Capital Region selling high-end imported and domestic beers, as well as in specialty stores in the Boston area offering a wide selection of craft beer.nbsp;Dietrich lives on the Helderberg Hop Farm in Altamont, New York. 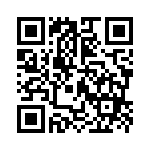