Too many people are far too lazy to put the work into IDing bullshit in all its forms. So if a politician argues that we need greater equality, or another argues that the free market can solve all ... ŔüĂĽ ¸®şä ŔĐ±â

James Ball has worked in political, data and investigative journalism in the US and UK for BuzzFeed, The Guardian and the Washington Post in a career spanning TV, digital, print and alternative media. His reporting has won the Pulitzer Prize for public service, the Scripps Howard Prize, the British Journalism Award for investigative reporting, The Royal Statistical Society Award and the Laurence Stern Fellowship, among others. 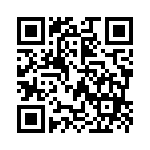