3 ∆‰¿Ã¡ˆ
14 , that a Latin play on this subject had been written : - - - Epilogus C©°sari
interfecti , quomodo in scenam prodiit ea res acta , in Ecclesia Christi , Oxon . Qui
epilogus a Magistro Ricardo Eedes , et scriptus , et in proscenio ibidem dictus fuit
, A ...
337 ∆‰¿Ã¡ˆ
On what principle the editors of the first complete edition of Shakspeare ' s works
admitted this play into their volume , cannot now be ascertained . The most
probable reason that can be assigned is , that he wrote a few lines in it , or gave
some ...
338 ∆‰¿Ã¡ˆ
His enumerating this among Shakspeare ' s plays , may be accounted for in the
same way in which we may account for its ... 1668 ) ; - all these circumstances
combined , prove , with irresistible force , that the play of Titus Andronicus has
been ...
423 ∆‰¿Ã¡ˆ
Steevens and Malone , and may possibly be placed in a clearer point of view by
a more condensed and lucid arrangement of the testimony already produced ,
and by a further discussion of the merits and peculiarities of the play itself ; while
...
425 ∆‰¿Ã¡ˆ
Dr . Farmer observes , that the hand of Shakspeare may be seen in the latter part
of the play . ... remarks that more of the phraseology used in the genuine dramas
of Shakspeare prevails in Pericles than in any of the other six doubted plays . 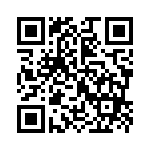