46 페이지
Doth the inconsiderate take salve for l'envoy, and the word, l'envoy, for a salve?
Moth. Do the wise think them other? is not l'envoy a salve? Arm. No, page: it is an
epilogue or discourse, to make plain Some obscure precedence that hath tofore ...
61 페이지
If we write the word thus, the constable's equivoque, poor as it is, is lost, at least
to the eye. If we write raisins, (between which word and reasons, there was, I
believe, no difference at that time of pronunciation) we write nonsense.
65 페이지
With a great deal more to the same purpose; concluding his preface in these
words, The resolute john Florio. From the ferocity of this man's temper it was, that
Shakspeare chose for him the name which Rabelais gives to his pedant, of
Thubal ...
66 페이지
ripe as a pomewater,” who now hangeth like a jewel in the use of the word
thrasonical, [See this play, Act V, sc. i,j any argument that the author had read
Terence. It was introduced to our language long before Shakspeare's time.
Stanyhurst ...
98 페이지
For wisdom's sake, a word that all men love; Or for love's sake, a word that loves
all men;7 Or for men's sake, the authors” of these women; Or women's sake, by
whom we men are men; Let us once lose our oaths, to find ourselves, Or else we
...
다음 »

365 페이지 - I am a Jew. Hath not a Jew eyes? hath not a Jew hands, organs, dimensions, senses, affections, passions? fed with the same food, hurt with the same weapons, subject to the same diseases, healed by the same means, warmed and cooled by the same winter and summer, as a Christian is? If you prick us, do we not bleed? if you tickle us, do we not laugh? if you poison us, do we not die? and if you wrong us, shall we not revenge?
1785년 - 2008년까지 803권의 책에 나타남
317 페이지 - Gratiano speaks an infinite deal of nothing, more than any man in all Venice. His reasons are as two grains of wheat hid in two bushels of chaff : you shall seek all day ere you find them, and when you have them, they are not worth the search.
1796년 - 2008년까지 557권의 책에 나타남
자세히
320 페이지 - If to do were as easy as to know what were good to do, chapels had been churches, and poor men's cottages princes' palaces. It is a good divine that follows his own instructions: I can easier teach twenty what were good to be done, than to be one of the twenty to follow mine own teaching.
1767년 - 2008년까지 541권의 책에 나타남
349 페이지 - Fair laughs the morn, and soft the zephyr blows While proudly riding o'er the azure realm In gallant trim the gilded vessel goes; Youth on the prow, and pleasure at the helm; Regardless of the sweeping whirlwind's sway, That, hush'd in grim repose, expects his evening prey.
1770년 - 2007년까지 403권의 책에 나타남
415 페이지 - By the sweet power of music: therefore the poet Did feign that Orpheus drew trees, stones and floods; Since nought so stockish, hard and full of rage, But music for the time doth change his nature.
1785년 - 2008년까지 302권의 책에 나타남
407 페이지 - Nay, take my life and all ; pardon not that : You take my house, when you do take the prop That doth sustain my house ; you take my life, When you do take the means whereby I live.
1785년 - 2007년까지 657권의 책에 나타남
157 페이지 - When shepherds pipe on oaten straws And merry larks are ploughmen's clocks, When turtles tread, and rooks, and daws, And maidens bleach their summer smocks, The cuckoo then, on every tree, Mocks married men ; for thus sings he, Cuckoo; Cuckoo, cuckoo: O word of fear, 920 Unpleasing to a married ear!
1801년 - 2008년까지 460권의 책에 나타남
415 페이지 - Touching musical harmony, whether by instrument or by voice, it being but of high and low in sounds a due proportionable disposition ; such notwithstanding is the force thereof, and so pleasing effects it hath in that very part of man which is most divine, that some have been thereby induced to think that the soul itself by nature is or hath in it harmony.
1785년 - 2006년까지 146권의 책에 나타남
간략히 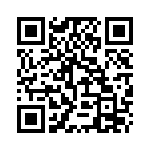