627 Ųõ└╠┴÷
91 Labiata and 92 Plantaginaceae, which have been done by Lt.-Col. Prain,
C.I.E., F.R.S., Director of the Royal Gardens, Kew. The 3 Families comprise 54
genera and 166 species. In the Acanthaceae there are 35 genera and 134
species, ...
634 Ųõ└╠┴÷
Species 40 in South-East Asia, 10 in Brazil. Some of the Brazil species have
flowers and capsules considerably larger than in the Asiatic species. The Asiatic
species are so uniform in the corolla, stamens, and pistil—even down to the hairs
...
730 Ųõ└╠┴÷
It comprises 15 genera and 72 species, of which 16 species are new to science.
Two Malay Islands species are also described. In accordance with the Rules
adopted at the Vienna Conference, Latin diagnoses are appended to the new
genus ... 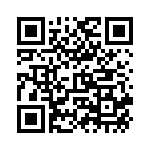