2 ∆‰¿Ã¡ˆ
It may be added , that the Welsh were never a naval people ; that the age in
which Madoc lived was peculiarly ignorant in navigation ; and the most which
they could have attempted must have been a mere coafting voyage The
Norwegians put ...
3 ∆‰¿Ã¡ˆ
Towards the close of the 14th century , the navigation of Europe was scarcely
extended beyond the limits of the Mediterranean . The mariner's compass had
been invented and in common use for more than a century ; yet with the help of
this ...
4 ∆‰¿Ã¡ˆ
To these he applied with such ardour and predilection , on account of their
connection with navigation , his favourite object , that he advanced with rapid
proficiency in the study of them . Thus qualified , in the year 1461 , he went to sea
at the ...
6 ∆‰¿Ã¡ˆ
After revolving long and seriously every circumstance fuggested by his fuperior
knowledge in the theory as well as practice of navigation , after comparing
attentively the observations of modern pilots with the hints and conjectures of
ancient ...
10 ∆‰¿Ã¡ˆ
The Spaniards had hitherto made no efforts to extend navigation beyond its
ancient limits , and had beheld the amazing progress of discovery among their
neighbours the Portuguese , without one attempt to imitate or to rival them . The
war ...
¥Ÿ¿Ω » 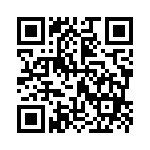