25 Ųõ└╠┴÷
This is a test which has been used by the Dacca weavers from time immemorial,
and there can be no doubt, therefore, that the fabrics here alluded are the Dacca
muslims. The gold mine mentioned in the text appears from the words Aéreza.
268 Ųõ└╠┴÷
This process is continued, with the continual addition of fresh water until only a
small heap remains in the centre, in which the gold and quicksilver appear
together as a small globule. This is washed, taken out and put upon a piece of
ignited ...
269 Ųõ└╠┴÷
From this height we descended a few hundred feet to the valley, and pretty little
artificial lake of Zlataoost, celebrated for its fabric of arms and for the gold mines
in its neighbourhood: but much better remembered by myself, for the courtesy,
the ...
270 Ųõ└╠┴÷
At some distance onward we came upon a party of diggers for gold. There was
nothing in the spot they occupied to distinguish it from the steppe around. It was
covered with turf and wild flowers springing from a black vegetable soil. It was not
...
271 Ųõ└╠┴÷
The gold itself is of almost virgin purity. A small quantity of silver alloys it. It lies in
granules, precisely similar to those formed by pouring upon water molten lead;
and immediately suggests the idea of having been cast molten upon the hard ... 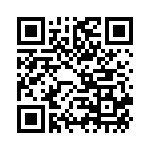