∆‰¿Ã¡ˆ
Plate; fig. 2, 1.2] of a date earlier than any hitherto found referable to the Nepal
era, but unfortunately no dated MS. with a king's name occurs earlier than those
previously known. It is interesting to note that the king Rāghavadeva mentioned
by ...
∆‰¿Ã¡ˆ
This, again, added to 879-80 brings us to the second decade of the eleventh
century, when we know from a colophon that Laksmikāma had commenced to
rule at all events as jointsovereign, becoming sole king later on. * The earliest
king of ...
∆‰¿Ã¡ˆ
Of the reign of the next king, Ānanda, MSS. are now, numerous. It is curious that
the other chronicles either give his name wrongly (Wright, Bh ) or omit his reign
altogether (Kirkpatrick). It is found, however, correctly spelt at f. 31b. of our MS.
∆‰¿Ã¡ˆ
But as the king Ratnadeva is mentioned in none of the chronicles, I am inclined to
think that he must have been a local rāja, or a king of Western Nepal. 1 After
Amrtadeva my previous lists left one of those gaps which it is now most
satisfactory ...
∆‰¿Ã¡ˆ
Of the next king, Anantamalla we have now a goodly array of dates * from MSS.
Besides these there is an interesting note in Kirkpatrick (p. 264) stating that °∞in
this prince's reign and in the, Newar year 408, or Sumbuth 1344,°± many Khassias
(a ...
¥Ÿ¿Ω » 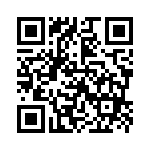