26 ∆‰¿Ã¡ˆ
Give the reason or the A dependency credit is allowed governing law : the person
who is able to show that he contributed more than 50 percent of the total cost . . .
Show how it applies in this If you have cancelled checks or case : other receipts ...
57 ∆‰¿Ã¡ˆ
... amount he received from the insurance company . As stated in our earlier letter
, this position was based on the provisions of sections 23 ( e ) , 23 ( i ) , and 113 (
b ) of the IRC which specifically controls the amount that may be allowed as a ...
58 ∆‰¿Ã¡ˆ
If you find you have several of these paragraphs , you can pull them together in a
summary paragraph at the end . Example The Service recognizes five tests that
must be met if a taxpayer is to be allowed credit for a dependent . covering ...
69 ∆‰¿Ã¡ˆ
Governmentese would sound far less pompous and forbidding if writers were not
allowed to use these roundabout phrases . Prior to the release of the handbook . .
. would become . . . before releasing the handbook . Due to the fact that only ...
75 ∆‰¿Ã¡ˆ
Subjects and verbs If we want to write direct , head - on sentences , we usually
begin with a subject and verb : An individual is allowed an exemption of $ 750 for
each person who qualifies as his dependent . Before we started this program .
¥Ÿ¿Ω » 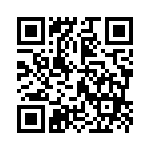