55 페이지
My division consisting of the troops , as per margin , having been directed to lead
the attack upon the enemy ' s entrenched camp at Ferozeshah , after steadily
advancing under a heavy 4th Brigade . 1st European L . I . cannonade in
echellon ...
91 페이지
This important operation was most judiciously preceded by a cannonade from the
heavy howitzers and mortars , which had arrived from Delhi on the 8th instant ,
the same day on which the forces under Major - General Sir Harry Smith , which ...
99 페이지
It had been intended that the cannonade should have commenced at day - break
; but so heavy a mist hung over the plain and river that it became necessary to
wait until the rays of the sun had penetrated it and cleared the atmosphere .
100 페이지
guns , their admirable practice , or the activity with which the cannonade was
sustained . But , notwithstanding the formidable calibre of our iron guns , mortars ,
and howitzers , and the admirable way in which they were served , and aided by
a ...
147 페이지
... show his infantry and guns , and so well chosen for him was this line of villages
, that with my force he was not to be assailed ; and he opened a furious
cannonade of from 35 to 40 guns of very large calibre , and , as usual , right well
served .

139 페이지 - My answer to all and every man was, that we must fight it out, attack the enemy vigorously at daybreak, beat him, or die honourably in the field. The gallant old general, kindhearted and heroically brave, entirely coincided with me.
1846년 - 1999년까지 22권의 책에 나타남
144 페이지 - That this House doth highly approve and acknowledge the valour and patient perseverance displayed by the non-commissioned officers and private soldiers, both European and Native, employed in Afghanistan, and that the same be signified to them by the commanders of the several corps, who are desired to thank them for their gallant behaviour.
1758년 - 1985년까지 78권의 책에 나타남
자세히
75 페이지 - HM's 16th Lancers, and striving to head in the repeated charges. Our guns and gunners, officers and men, may be equalled, but cannot be excelled, by any artillery in the world. Throughout the day no hesitation — a bold and intrepid advance ; — and thus it is that our loss is comparatively small, though I deeply regret to say, severe. The enemy fought with much resolution ; they maintained frequent rencontres with our cavalry hand to hand. In one charge, upon infantry, of HM's 16th Lancers, they...
1816년 - 1972년까지 31권의 책에 나타남
8 페이지 - I have the honour to forward, for the information of his Excellency the Governor-General, a copy of a demi-official letter to his Excellency the Commander-in-chief, as affairs at Lahore assumed their present form.
1846년 - 2006년까지 37권의 책에 나타남
24 페이지 - Singh, the disorganized state of the Lahore Government has made it incumbent on the Governor-General in Council to adopt precautionary measures for the protection of the British frontier ; the nature of these measures, and the cause of their adoption, were at the time fully explained to the Lahore Durbar.
1817년 - 1986년까지 29권의 책에 나타남
70 페이지 - CB, and the other under Brigadier Stedman, The 1st Division as it stood, two brigades: — Her Majesty's 53rd and 30th Native Infantry, under Brigadier Wilson, of the latter corps; — the 36th Native Infantry, and Nusseree battalion, under Brigadier Godby; — and the Shekawattee brigade under Major Forster.
1831년 - 1970년까지 19권의 책에 나타남
29 페이지 - I immediately pushed forward the horse artillery and cavalry, directing the infantry, accompanied by the field batteries, to move forward in support. We had not proceeded beyond two miles, when we found the enemy in position.
1846년 - 1970년까지 22권의 책에 나타남
72 페이지 - Native Infantry equalled in celerity and regularity their comrades on the right; and this brigade was opposed to the 'Aieen' troops, called Avitabile's, when the fight was fiercely raging. The enemy, well driven back on his left and centre, endeavoured to hold his right to cover the passage of the river, and he strongly occupied the village of Bhoondree.
1816년 - 1972년까지 21권의 책에 나타남
37 페이지 - They threw themselves upon the guns, and with matchless gallantry wrested them from the enemy ; but when the batteries were partially within our grasp, our soldiery had to face such a fire of musketry from the Sikh infantry, arrayed behind their guns, that, in spite of the most heroic efforts, a portion only of the entrenchment could be carried. Night fell while the conflict was everywhere raging.
1816년 - 1972년까지 34권의 책에 나타남
38 페이지 - Majesty's 3d light dragoons charged and took some of the most formidable batteries, yet the enemy remained in possession of a considerable portion of the great quadrangle, whilst our troops, intermingled with theirs, kept possession of the remainder, and finally bivouacked upon it, exhausted by their gallant efforts, greatly reduced in numbers, and suffering extremely from thirst, yet animated by an indomitable spirit. In this state of things, the long night wore away. Near the middle of it, one...
1816년 - 1970년까지 18권의 책에 나타남
간략히 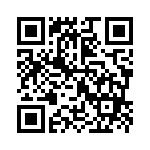