200 óðâäê—
But in the middle style, where the writers in both tongues are on a level, we see
how far Virgil has excelled all who have written in the same way with him. There
has been abundance of criticism spent on Virgil's Pastorals and ´Àneids; but the ...
204 óðâäê—
writing is every where much in use among the Poets, and is particularly pračtised
by Virgil, who loves to suggest a truth indirectly, and without giving us a full and
open view of it, to let us see just so much as will naturally lead the imagination ...
206 óðâäê—
Thus Virgil, to deviate from the common form of words, would not make use of
tempore but sydere in his first verse; and every where else abounds with
Metaphors, Graecisms, and Circumlocutions, to give his verse the greater pomp,
and ...
211 óðâäê—
We may be sure Virgil would not have translated it from Hesiod, had he not
discovered some beauty in it; and indeed the beauty of it is what I have before
observed to be frequently met with in Virgil, the delivering the precept so
indire&tly, and ...
238 óðâäê—
We saw you the great William's praise rehearfe, And paint Britamia's joys in
Roman verse. We heard at distance soft enchanting strains, From blooming
mountains, and Italian plains, f Virgil began in English dress to shine, His voice,
Virgil 233 ... 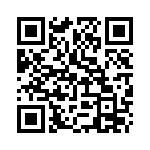