59 Ųõ└╠┴÷
corporation , and the appointment of a receiver to wind up its affairs , and the
whole occupied less than one side of one sheet of legal cap . If he could so plead
, what is the reason that so many of us require from ten to thirty pages to state a ...
189 Ųõ└╠┴÷
These suggestions , if anything like the suggestions made last night , should be
adopted ( which will not be the case for a long time in this State , if ever ) , would
be unnecessary , though they are far less drastic , and probably far less efficient .
171 Ųõ└╠┴÷
... but not less than one - third of the voters participating in the election , and a
constitutional amendment must have a majority of those voting at the election . In
Oregon a number of constitutional amendments have been adopted by a majority
... 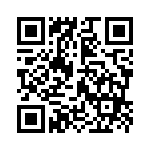