Born at Wautage, Berkshire, England, of a Presbyterian family, Joseph Butler converted to the Church of England sometime before entering Oriel College, Oxford University. He was ordained a priest in 1718, later serving as Bishop of Bristol and then as Bishop of Durham. Butler's contributions to philosophy lie in his moral philosophy and moral psychology, set forth in his Sermons (1726) and in his natural theology, expressed in The Analogy of Religion (1736). Butler presented his moral philosophy in a religious context. Yet, his moral philosophy seeks to find a foundation for morality not in the divine will but in human nature, in the interplay of self-love and benevolence, and in reflection or conscience-a faculty superior to particular affections. In moral philosophy Butler is well known for his acute criticisms of the psychological egoism of Hobbes and Mandeville and in natural theology for his defense of revealed religion against the English deists. In an appendix to the Analogy, he presented an influential critique of John Locke's theory of personal identity. Butler died in 1752. 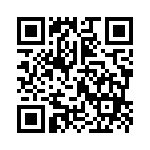