29 페이지
Bell rings. Alcibiades and Spratt. appear together, doorway L., each one with
luggage, carpet-bag and parcels; both stwk fast in doorway. Spratt. [struggling.]
Mind what you're about, sir, you are smashing my venison pasty. Alcib. [
strugghng.] ...
30 페이지
Alcib. Nonsense ! nobody would take the trouble to rob you — you don't look to
be worth robbing! Spratt. Ah, but, sir, not longer than two months ago I was the
victim of a terrible robbery. Alcib. Served you right. Spratt. Ah, yes ! a thief made
his ...
31 페이지
Alcib. Sir ! I am now approaching the terrible catastrophe of this adventure. Spratt.
Time, too, for I'm quite sick of it. Alcib. I received a letter from my paternal father to
say that I was immediately to marry the daughter of one of his friends for whom ...
32 페이지
Alcib. [aside, who has been feeling his pockets. Ah, my pocket-book is gone ! [
Looking at Spratt. Why, surely - yes, I was alone with that man ! I'll take him into
custody! Spratt. [aside.] Yes, I'll lock him up! [They stride toward each other.]
Robber ...

160 페이지 - What if it tempt you toward the flood, my lord, Or to the dreadful summit of the cliff That beetles o'er his base into the sea, And there assume some other horrible form, Which might deprive your sovereignty of reason And draw you into madness...
1709년 - 2008년까지 845권의 책에 나타남
174 페이지 - Why, look you now, how unworthy a thing you make of me ! You would play upon me ; you would seem to know my stops ; you would pluck out the heart of my mystery ; you would sound me from my lowest note to the top of my compass : and there is much music, excellent voice, in this little organ ; yet cannot you make it speak. 'Sblood, do you think I am easier to be played on than a pipe ? Call me what instrument you will, though you can fret me, you cannot play upon me.
1788년 - 2008년까지 1102권의 책에 나타남
자세히
164 페이지 - I have of late— but wherefore I know not— lost all my mirth, forgone all custom of exercises; and indeed it goes so heavily with my disposition that this goodly frame, the earth, seems to me a sterile promontory; this most excellent canopy the air, look you, this brave o'er-hanging firmament, this majestical roof fretted with golden fire— why, it appeareth no other thing to me than a foul and pestilent congregation of vapours.
1788년 - 2008년까지 916권의 책에 나타남
165 페이지 - I have heard, That guilty creatures sitting at a play Have by the very cunning of the scene Been struck so to the soul that presently They have proclaim'd their malefactions; For murder, though it have no tongue, will speak With most miraculous organ.
1767년 - 2008년까지 880권의 책에 나타남
16 페이지 - Ecstasy! My pulse, as yours, doth temperately keep time, And makes as healthful music. It is not madness That I have utter'd : bring me to the test, And I the matter will re-word, which madness Would gambol from.
1745년 - 2008년까지 882권의 책에 나타남
167 페이지 - And let those that play your clowns, speak no more than is set down for them : for there be of them, that will themselves laugh, to set on some quantity of barren spectators to laugh too ; though, in the mean time, some necessary question of the play be then to be considered: that's villainous; and . shows a most pitiful ambition in the fool that uses it.
1788년 - 2008년까지 795권의 책에 나타남
160 페이지 - But that I am forbid To tell the secrets of my prison-house, I could a tale unfold whose lightest word Would harrow up thy soul, freeze thy young blood, Make thy two eyes, like stars, start from their spheres, Thy knotted and combined locks to part And each particular hair to stand on end, Like quills upon the fretful porcupine : But this eternal blazon must not be To ears of flesh and blood.
1709년 - 2008년까지 1381권의 책에 나타남
15 페이지 - Could you on this fair mountain leave to feed, And batten on this moor? / Ha! / have you eyes? / You cannot call it love, for at your age The heyday in the blood is tame, it's humble, And waits upon the judgment; / and what judgment Would step from this to this?
1709년 - 2008년까지 906권의 책에 나타남
165 페이지 - I'll have thee speak out the rest of this soon. Good my lord, will you see the players well bestowed ? Do you hear, let them be well used, for they are the abstract and brief chronicles of the time : after your death you were better have a bad epitaph than their ill report while you live.
1709년 - 2008년까지 712권의 책에 나타남
165 페이지 - Hecuba to him, or he to Hecuba, That he should weep for her/ What would he do, Had he the motive and the cue for passion That I have/ He would drown the stage with tears And cleave the general ear with horrid speech, Make mad the guilty and appal the free, Confound the ignorant, and amaze indeed The very faculties of eyes and ears.
1709년 - 2008년까지 838권의 책에 나타남
간략히 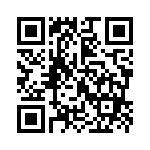