56 페이지
After having made and passed the Five Fathom Bank, both ends of which are
marked by a light vessel having a ... formed by a line extending from the light to
Brandywine Shoal Light (passing outside the Shears and Brown shoals) and a
line ...
57 페이지
light , or when it changes from a red to a white light , or bears W . & S . , it marks a
line passing about one hundred and fifty yards clear of the point of the Cape , and
vessels should approach po nearer the Cape than this line . When in range ...
58 페이지
... and abreast of it ; after passing keep the light showing white, but occasionally
sheering over to the westward to touch ... Brandywine and Cross Ledge Light
white until abreast of Cross Ledge; when Cross Ledge Light is passed and the
red ...
59 페이지
The Fourteen Foot Bank Light must be passed to the eastward. The system of
ranges beginning with the Port Penn Range taken up after passing Ship John
Shoal Light, is continuous and almost unbroken, and leading through good water
to a ...
60 페이지
... will carry up to Brandywine. If intended to anchor inside Cape Henlopen after
passing the point of the Cape, haul in WNW., going to the northward of spar buoy,
with red and black stripes, in 3 fathoms water on Marshall's Shoal, and about ...
다음 »

88 페이지 - Nothing in these rules shall exonerate any vessel, or the owner or master or crew thereof, from the consequences of any neglect to carry lights or signals, or of any neglect to keep a proper lookout, or of the neglect of any precaution which may be required by the ordinary practice of seamen, or by the special circumstances of the case.
1812년 - 2006년까지 616권의 책에 나타남
85 페이지 - When two sailing vessels are approaching one another, so as to involve risk of collision, one of them shall keep out of the way of the other...
1832년 - 2007년까지 326권의 책에 나타남
자세히
86 페이지 - It does not apply by day to cases in which a vessel sees another ahead crossing her own course ; or by night, to cases where the red light of one vessel is opposed to the red light of the other, or where the green light of one...
1827년 - 2006년까지 392권의 책에 나타남
82 페이지 - ... points of the compass, so fixed as to throw the light from right ahead to two points abaft the beam on...
1812년 - 2006년까지 413권의 책에 나타남
88 페이지 - When a vessel is in distress and requires assistance from other vessels or from the shore the following shall be the signals to be used or displayed by her, either together or separately, namely : In the daytime — First.
1832년 - 2006년까지 340권의 책에 나타남
71 페이지 - A vessel under one hundred and fifty feet in length, when at anchor, shall carry forward, where it can best be seen, but at a height not exceeding twenty feet above the hull, a white light in a lantern so constructed as to show a clear, uniform, and unbroken light visible all round the horizon at a distance of at least one mile.
1812년 - 2006년까지 454권의 책에 나타남
75 페이지 - ... use ; and shall, on the approach of or to other vessels, be exhibited on their respective sides in sufficient time to prevent collision, in such manner as to make them most visible, and so that the green...
1812년 - 2006년까지 346권의 책에 나타남
83 페이지 - On the near approach of or to other vessels they shall have their side lights lighted, ready for use, and shall flash or show them at short intervals to indicate the direction in which they are heading...
1841년 - 2006년까지 253권의 책에 나타남
80 페이지 - In obeying and construing these rules due regard shall be had to all dangers of navigation and collision, and to any special circumstances which may render a departure from the above rules necessary in order to avoid immediate danger.
1798년 - 2007년까지 759권의 책에 나타남
73 페이지 - steam vessel" shall include any vessel propelled by machinery. A vessel is "under way," within the meaning of these rules, when she is not at anchor, or made fast to the shore, or aground.
1870년 - 2007년까지 402권의 책에 나타남
간략히 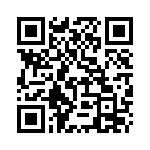