Washington Irving, one of the first Americans to achieve international recognition as an author, was born in New York City in 1783. His A History of New York, published in 1809 under the name of Diedrich Knickerbocker, was a satirical history of New York that spanned the years from 1609 to 1664. Under another pseudonym, Geoffrey Crayon, he wrote The Sketch-book, which included essays about English folk customs, essays about the American Indian, and the two American stories for which he is most renowned--"The Legend of Sleepy Hollow" and "Rip Van Winkle." Irving served as a member of the U.S. legation in Spain from 1826 to 1829 and as minister to Spain from 1842 to 1846. Following his return to the U.S. in 1846, he began work on a five-volume biography of Washington that was published from 1855-1859. Washington Irving died in 1859 in New York.

As Samuel Johnson said in his famous epitaph on his Irish-born and educated friend, Goldsmith ornamented whatever he touched with his pen. A professional writer who died in his prime, Goldsmith wrote the best comedy of his day, She Stoops to Conquer (1773). Amongst a plethora of other fine works, he also wrote The Vicar of Wakefield (1766), which, despite major plot inconsistencies and the intrusion of poems, essays, tales, and lectures apparently foreign to its central concerns, remains one of the most engaging fictional works in English. One reason for its appeal is the character of the narrator, Dr. Primrose, who is at once a slightly absurd pedant, an impatient traditional father of teenagers, a Job-like figure heroically facing life's blows, and an alertly curious, helpful, loving person. Another reason is Goldsmith's own mixture of delight and amused condescension (analogous to, though not identical with, Laurence Sterne's in Tristram Shandy and Johnson's in Rasselas, both contemporaneous) as he looks at the vicar and his domestic group, fit representatives of a ludicrous but workable world. Never married and always facing financial problems, he died in London and was buried in Temple Churchyard. 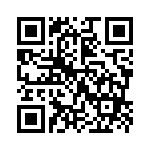