12 ∆‰¿Ã¡ˆ
If thou askest how thou shalt know it , since there are so many errors about it ?
hear what God's word says , Whoever believes truly has been first convinced of
unbelief . This our Lord teaches , John xvi . 9. 6 When the Comforter is come , he
...
42 ∆‰¿Ã¡ˆ
He had long sighed to be discharged from his warfare , and like an old weary
tired soldier , he wished the hard tedious campaign was ended , that he might
enter into rest ; but hear with what joy he at last cries out , " I °∞ have fought the
good ...
96 ∆‰¿Ã¡ˆ
Hear one of these happy believers thus relating his case . I dead to the law , says
he , yet alive to God ; I am crucified with Christ , and am a partaker of the merit
and power of his cross , and by faith I have in him an absolute crucifixion of sin ...
99 ∆‰¿Ã¡ˆ
They expect his presence to enable them to mix faith with what they hear , and
then they grow thereby . What is their keeping the Lord's day ? Is it not to express
their belief of his being risen , and entered into his rest , and of their having , by ...
165 ∆‰¿Ã¡ˆ
And when you hear of believing , do you not always think of something spoken ?
You cannot separate these two in your mind . Something has been said and
proposed to you before your belief can be called for . If nothing has been said ,
belief ... 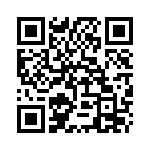