88 ∆‰¿Ã¡ˆ
Arithmetic is the art of computing by number ; there are two primary rules by which all the operations may be ... RULE 1. Place the given numbers under each other , in such a way that units may stand under units , —tens , under tens ...
94 ∆‰¿Ã¡ˆ
The second primary rule in Arithmetic is Subtraction . Der . Subtraction teaches a method of taking a less number from a greater , and showing the difference . The larger number is called the minuend ; and the less , the subtrahend ...
98 ∆‰¿Ã¡ˆ
The operations of Addition , may be readily performed by another rule called MULTIPLICATION . In this rule there are two terms given to find a third . The term to be multiplied is called the Mulliplicand .
100 ∆‰¿Ã¡ˆ
Hence , a mode of proof by division will be given in the mert rule . This illustration will serve to show the advantages which muliplication has over addition , and the necessity there is of understanding it thoroughly . Obs . 2.
107 ∆‰¿Ã¡ˆ
The operations of subtraction may be performed in a very compendious way by a rule called Division shows a method of finding how many times one number is found in another , and what remains .
¥Ÿ¿Ω » 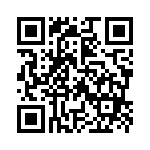