페이지
By this new form the Holy Communion was celebrated by Collier's party after
1718 , and by all the ' regular body subsequent to the union in 1733 , until they
became extinct .'Lathbury's Nonjurors . I. ülickham Legg . Dec. 1901 385
LITURGY ...
페이지
385 LITURGY ( EDWARD VI . ) Reasons for Restoring PRAYERS and Directions
as they stand in the Communion - Service of the FIRST ENGLISH REFORM'D
LITURGY , compiled by the Bishops in the 2nd & 3rd years of the Reign of ...
페이지
Thus at the placing the Elements on the Altar , there is a Prayer for Acceptance ,
abridg'd out of S. Basil's Liturgy . The most signal Inftances of the Divine
Providence and Bounty are likewise briefly recounted , as introductive to the
Words of ...
페이지
The Introits or Psalms , which begin the Office , stand as they did in our First Re
form'd Liturgy , 99 The Priest's pronouncing the Ten Commandments , with the
Peoples Answer to each , are omitted for the Reasons follow . ing : First , The ...
페이지
37 Cross is no less fignificant here , than ia Baptism : It was so used in our fioft
Reform'd Liturgy , and therefore there is no need of saying more about it . And as
for Chrism , it is an Emblem of Spiritual Un & tion , of Grace confere'd by the Holy
... 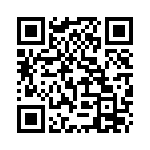