Eric A. Nordlinger (1939-1994) was Professor of Political Science at Brown University and an Associate at the Olin Institute for Strategic Studies at Harvard University. His works include On The Autonomy of the Democratic State and Soldiers in Politics. 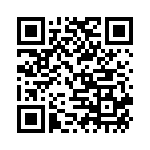