iii ∆‰¿Ã¡ˆ
An act to amend the act entitled " An act making appropriations for the
Department of Agriculture for the fiscal year ending June thirtieth , nineteen
hundred and four , " approved March third , nineteen hundred and three . January
15 , 1904 .
ix ∆‰¿Ã¡ˆ
An act amending the act of Congress approved January twenty - sixth , eighteen
hundred and ninety - five , entitled " An act authorizing the Secretary of the
Interior to correct errors where double allotments of land have erroneously been
made ...
168 ∆‰¿Ã¡ˆ
That all railroad companies desiring the use of said bridge shall have and be
entitled to equal rights and privileges relative to the passage of railway trains
over the same and over the approaches thereto upon payment of a reasonable ...
306 ∆‰¿Ã¡ˆ
An Act To amend an Act entitled °∞ An Act to provide for the [ H. R. 12687. ]
opening of certain abandoned military reservations , and for other purposes , " [
Public , No. 160. ] approved August twenty - third , eighteen hundred and ninety -
four .
731 ∆‰¿Ã¡ˆ
The terms °∞ person °± and °∞ owner , °± and any other word or term used to designate
the applicant or other entitled to a benefit or privilege or rendered liable under the
provisions of this Act , include a firm , corporation , or association as well as a ... 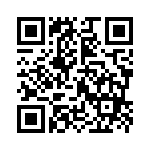