ii ∆‰¿Ã¡ˆ
The letters of Mr . Burns to Mr . Thomson include the songs he presented to him ,
some of which appear in different stages of their progress , and these letters will
be found to exhibit occasionally his notions of song writing , and his opinions on ...
iii ∆‰¿Ã¡ˆ
He has therefore yielded to the earnest request of the trustees of the family of the
poet , to suffer them to appear in their natural order ; and independently of the
illustration they give to the letters of our bard , it is not to be doubted that their ...
3 ∆‰¿Ã¡ˆ
Even these shall all be examined by Mr . Burns , and if he is of opinion that any of
them are deserving of the music , in such cases no divorce shall take place :
Relying on the letter accompanying this , to be forgiven , for the liberty I have
taken ...
5 ∆‰¿Ã¡ˆ
BURNS . Edinburgh , 13th Oct . 1792 . Dear Sir , I RECEIVED with much
satisfaction your pleasant and obliging letter , and I return my warmest
acknowledgments for the enthusiasm with which you have have entered into our
undertaking .
21 ∆‰¿Ã¡ˆ
... do not admire the other eight , because four of them are a bare repetition of the
first verses . I have been trying to spin a stanza , but could make nothing better
than the following : do you ' mend it , or , as Yorick did with the love - letter , whip
it ...
¥Ÿ¿Ω » 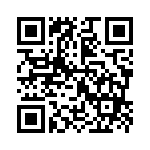