263 ãõ└╠┴÷ - The United States and Spain mutually relinquish all claims for indemnity, national and individual, of every kind, of either Government, or of its citizens or subjects, against the other Government, that may have arisen since the beginning of the late insurrection in Cuba and prior to the exchange of ratifications of the present treaty, including all claims for indemnity for the cost of the war.
1856│Ô - 2007│Ô▒¯┴÷ 77▒Ã└Ã ├Ñ┐í │¬┼©│▓
265 ãõ└╠┴÷ - The present treaty shall be ratified by the President of the United States, by and with the advice and consent of the Senate thereof, and by Her Majesty the Queen Regent of Spain; and the ratifications shall be exchanged at Washington within six months from the date hereof, or earlier if possible.
1758│Ô - 2002│Ô▒¯┴÷ 172▒Ã└Ã ├Ñ┐í │¬┼©│▓
└┌╝╝╚¸
265 ãõ└╠┴÷ - It is understood that any obligations assumed in this treaty by the United States with respect to Cuba are limited to the time of its occupancy thereof; but it will, upon the termination of such occupancy, advise any government established in the island to assume the same obligations.
1856│Ô - 2007│Ô▒¯┴÷ 163▒Ã└Ã ├Ñ┐í │¬┼©│▓
░úÀ½╚¸

HAZEL M. MCFERSON is Associate Professor of International Studies, Department of Public and International Affairs, and Associate at the Institute of Conflict Analysis and Resolution, George Mason University in Fairfax, Virginia./e Her main interests are ethnicity, conflict analysis and resolution, and women in development. 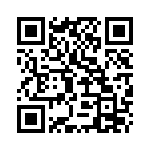