Christina Duffy Burnett is a law clerk in the U.S. Court of Appeals for the Second Circuit and is currently Research Associate in the Program in Law and Public Affairs at Princeton University.

Burke Marshall is Nicholas deB. Katzenbach Professor of Law and George W. Crawford Professorial Lecturer in Law, Emeritus, at Yale Law School. Among numerous honors and accomplishments, he served as Assistant Attorney General in the Civil Rights Division of the U.S. Department of Justice from 1961-1965 and is the author of Federalism and Civil Rights. 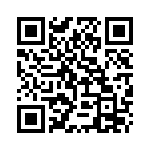