Leonard Tennenhouse is professor of English, comparative literature, and modern culture and media at Brown University. He is the author of Power on Display: The Politics of Shakespeare's Genres. 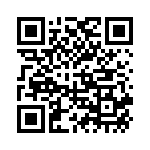