10 ∆‰¿Ã¡ˆ
Central India , in North lodia and in Western Dravidians were occupying the
major part of ladia , and possibly also in Eeastern India , India even at the time
when a large part of Dravidian was at one time fairly widespread . the Himalayas
was ...
39 ∆‰¿Ã¡ˆ
By G . S . Dikshit President Dr K . K . Pillay and friends , fully Aryan nor Dravidian
but Hindu . While I thank Dr . K . Rajayyan , the organiser Tagore has pointed out
the quality of the of the South Indian History Congress , for Dravidian and and ...
189 ∆‰¿Ã¡ˆ
The ancestors of the people of the Sangam Central Dravidian was relegated to
refugee age . areas where it got divided into the foreTheir moral and material
progress bearers of modern Kolami , Naiki , Parji , Gadabi , Gondi , Pengu ,
Munda ... 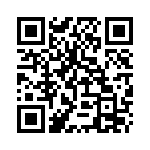