JOHN MARSHALL: Definer of a Nation

A well-written biography of our most influential jurist. Smith (George Bush's War, 1992, etc.) attributes the chief justice of the Supreme Court's lifelong commitment to national, as against state ... └³├╝ Ė«║õ └ą▒Ō

- My first book by JES and it was outstandingĪ”so good I will definitely purchase and read his other biographies on Grant and FDR - John Marshall life was remarkable. (1) Soldier of the Revolution ... └³├╝ Ė«║õ └ą▒Ō

Jean Edward Smith is professor of political science at the University of Toronto. Among his books are Lucius D. Clay: An American Life, and George Bush's War. He divides his time between Toronto, Mississippi, and New York. 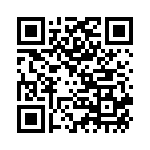