18 ∆‰¿Ã¡ˆ
service as defined in paragraph ( a ) of this section , or any aggravation of a dis -
ability existing prior to the service as ... such existing hospitals in the Philippines ,
as the Secretary of National Defense of the Philippine Government may direct .
40 ∆‰¿Ã¡ˆ
A veteran who was discharged for alienage after the termination of hostilities and
whose service was honest and faith - ful is ... National Guard of the several States
, Territories and the District of Columbia - ( 1 ) Reserve service - ( i ) Public No .
59 ∆‰¿Ã¡ˆ
performing service pursuant to the en - listment which subsequently was avoided
. ... and considered to have been discharged honor . ably from the military service
on the date of his actual separation therefrom If his service otherwise was such ...
63 ∆‰¿Ã¡ˆ
12A ) , a pre - existing injury or disease will be considered to have been
aggravated by active military or naval service where there is an in - crease in
disability during active service , unless there is a specific finding that the increase
in ...
75 ∆‰¿Ã¡ˆ
141 , 73d Congress , ex - cept where clear and unmistakable evi . dence
discloses that the disease , injury , or condition had inception before or after the
period of active military or naval service . The presumption is not applicable in
cases ...
¥Ÿ¿Ω » 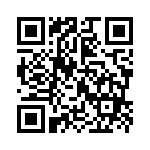