64 ∆‰¿Ã¡ˆ
In 1776 , he was called suddenly from London , by accounts he received from Mr
Ferguson , of the dangerous state of his celebrated friend , David Hume . He set
off with all that warmth of affection which was natural to him , met his friend on ...
75 ∆‰¿Ã¡ˆ
ever , with all its merits , rather languished on the London theatre , till the
reflected reputation which it borrowed from the success of a French imitation of it ,
which Garrick found in high favour at Paris , brought it into equal favour on the
London ...
129 ∆‰¿Ã¡ˆ
As to the society he mostly frequented at London , you seem to be sufficiently
informed . Lord Bute generally treated him with an uncommon degree of affection
; their minds were much at unison in all the sentiments of admiration or contempt .
153 ∆‰¿Ã¡ˆ
Twenty men left at Luton would have secured me , for a mob can ' t come from
London without its being known , but eight or ten villains may do here what they
please . Charles is to send me arms , but his account of the servants left in town ...
155 ∆‰¿Ã¡ˆ
... of such previous knowledge . °∞ Edinburgh , 3d February , 1761 . 6 DEAR SIR , °∞
I AM informed that you have received a letter from London , by which you learn
that the manuscript of sister Peg has been traced to the printer ' s , and has been
...
¥Ÿ¿Ω » 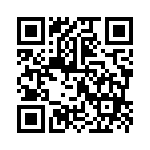