v 페이지
You were kind enough to encourage me to under . take the task of restoring the
text of Mr. Boswell's great Biography : and , in addition , have allowed me to
inscribe the work , now completed , to you . That my humble labour will be found
...
viii 페이지
Mr. Malone began the system of Revision , feeling , no doubt , that he was
privileged to carry out , after the author's death , the control he had been allowed
to exercise during the author's life . Accordingly , in each posthumous edition ...
xxiii 페이지
... may I be allowed to suggest a mode by which you may effectually counteract
any unfavourable report of what passed ? I will write a letter to you upon the
subject of the unlucky contest of that day , and you will be kind enough to put in
writing ...
xxxv 페이지
This useful conspectus he has kindly allowed me to transfer to these pages from “
The Bookseller , " where it originally appeared . " In 1785 , Boswell produced the '
Journal of a Tour to the Hebrides . It met with great success , and three ...
xlix 페이지
... allowed to suggest , that the nature of the work in other respects , as it consists
of innumerable detached 1 The book was published in April , determined him to
publish it himself.and by August , 1200 out of an edition Letters to Malone , ap .
다음 » 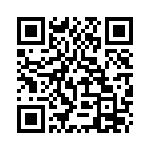