Longinus" is the name given to the author of "On the Sublime" (c. 1st century a.d.), a treatise that defines the characteristics of the lofty style in literature, using Homer, Plato and Demosthenes as the chief examples. Translated by Nicolas Boileau in 1674, it greatly influenced literary theory until the early nineteenth century and is of lasting importance as a brilliant critique of classical literature. 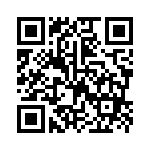