39 Ųõ└╠┴÷
On the 29th, the day after Parker's repulse at Fort Moultrie, the troops arrived; and
on July 3d, the date on which Arnold, ... This squadron was commanded by Hyde
Parker, afterwards, in 1801, Nelson's commander-in-chief at Copenhagen.
44 Ųõ└╠┴÷
This was done on the 13th and the 15th of September. The East River division
suffered severely, especially in spars and rigging ; 1 but the success of both,
following upon that of Hyde Parker a few weeks earlier, in his expedition to
Tarrytown, ...
46 Ųõ└╠┴÷
This conclusion was further forced upon him by another successful passage
before the guns of Forts Washington and Lee by Hyde Parker, with three ships,
on the 9th of October. On this occasion the vessels, two of which were frigates of
the ...
80 Ųõ└╠┴÷
On his return to New York on September 11th, Howe found there Rear-Admiral
Hyde Parker 1 with six ships of the line of Byron's squadron. Considering his task
now accomplished, Howe decided to return to England, in virtue of a permission
...
108 Ųõ└╠┴÷
Captain Thomas White, R.N., writing as an advocate of Byron, says,3 " while the
van was wearing . . . the sternmost ships were coming up under Rear-Admiral
Hyde Parker. . . . Among these ships, the Cornwall and Lion, from being nearer
the ...
┤┘└Į » 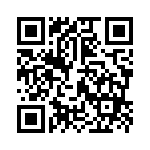