269 ∆‰¿Ã¡ˆ
manner , the obligation is extinguished by performance in that manner , even
though the creditor does not receive the benefit of such performance . 1477 . A
partial performance of an indivisible obligation extinguishes a corresponding ...
271 ∆‰¿Ã¡ˆ
Where delay in performance is capable of exact and entire compensation , and
time has not been expressly declared to be of the essence of the ubligation , an
offer of performance , accompanied with an offer of such compensation , may be
...
272 ∆‰¿Ã¡ˆ
If anything is given to a creditor by way of performance , which he refuses to
accept as such , he is not bound to return it without demand ; but if he retains it ,
he is a gratuitous depositary thereof . CHAPTER III . Prevention of Performance
or ... 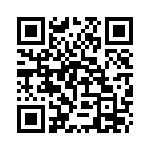