379 ãõ└╠┴÷
Clark , La Canada , Cal . , for of the Board of Directors expressly fix- appellee . ing the amount thereof before the sery- Before FEE and CHAMBERS , Cirices are rendered . cuit Judges , and CLARK , District Judge . 2.
479 ãõ└╠┴÷
United States , 3 Cir . , 197 amount to which appellant , as F.2d 754 ; and items are accruable where tificate holder , would be entitled , could the right to payment is certain and the not be estimated with any reasonable amount of the ...
480 ãõ└╠┴÷
The only amount of which were to be determined thererental remaining in the lessee's hands after . How much of that balance held that had not been transferred to the subject to the order of the court was trustee was the " additional ... 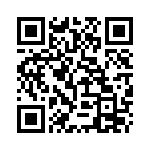