56 ∆‰¿Ã¡ˆ
On every letter, not exceeding one-half of an ounce in weight, posted in Bremen,
addressed to any place in any of Her Majesty's Colonies, or any foreign country,
transmitted by the post between Bremen and any of Her Majesty's colonies, ...
57 ∆‰¿Ã¡ˆ
... the departure or arrival of the packet or ship conveying the same, and
transmitted direct between such port, and any such colony or foreign country;
provided, that in all cases where such additional rate includes both inland and
sea services, ...
58 ∆‰¿Ã¡ˆ
On every such letter so transmitted, exceeding one ounce, and not exceeding two
ounces in weight, four rates of postage. On every such letter so transmitted,
exceeding two ounces, and not exceeding three ounces in weight, six rates of ...
59 ∆‰¿Ã¡ˆ
Registered letters may be transmitted by the post, under the authority of this
Warrant, upon the payment of such additional charges or rates of postage, or
otherwise, as the Postmaster-General may from time to time direct or appoint,
provided ...
60 ∆‰¿Ã¡ˆ
orders, directions, and conditions hereinafter mentioned and contained relating
thereto, and the single rate of postage for the transmission of such packets shall
be that which is mentioned and set forth against such respective countries and ...
¥Ÿ¿Ω » 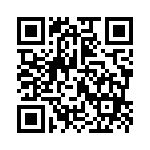