281 Ųõ└╠┴÷
1896 , were intended to forestall the French and pre- The Marquis of Salisbury replied that by the milivent these missions advancing secretly from the tary events all the territories which were subject to French Congo , and also French ...
831 Ųõ└╠┴÷
From finding a place occupied by the French , marched Say , which was occupied by troops of the French on and raised the British flag at a point farther Soudan , a line of French posts , including Bikini , north .
832 Ųõ└╠┴÷
William Everett , acting for or for French territories on the middle or upper England , and René Lecomte and Col. Louis Gustave Niger without payment of duties . Binger , French delegates , came to a virtual agree- The convention ... 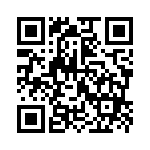