32 ãõ└╠┴÷
ATE marketing problems are considered along with test languages and design
questions . Aspects of airline ATE requirements discussed are related to ATE
flexibility , interface requirements , and signal processing . G . R . A74 .
88 ãõ└╠┴÷
75 Demand prospects and future supply situations for principle sources of
primary energy are considered in this descriptive synthesis of the essential
problems of energy policy which will be encountered between now and 1985 .
Available ...
89 ãõ└╠┴÷
The selection of experimental programs was restricted to those which may be
considered active as opposed to refinements of the passive observational
programs done previously . It is concluded that . while these new studies were ...
96 ãõ└╠┴÷
The matrix of program options which were considered in the study is developed .
Author N74 - 30102 ) Lincoln Lab , Mass . Inst . of Tech , Lexington
PROVISIONAL DATA LINK INTERFACE STANDARD FOR THE DABS
TRANSPONDER ...
98 ãõ└╠┴÷
for food packaging sizes based on previously generated space shuttle menus .
The results of the study are shown , along with the range of meal choices
considered . A . A . D . SKYLAB FOOD SYSTEM LABORATORY SUPPORT Final
Roport ... 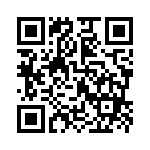