lii ∆‰¿Ã¡ˆ
... that of Mr King as to the high percentage of cures in Glasgow was not sufficiently detailed to carry conviction in a matter where the vendors of the medicines kept their nature secret and extracted large sums for their sale , and in ...
liii ∆‰¿Ã¡ˆ
As it was , he candidly admitted , as a matter of course , that when he got out he would get drunk again , and equally as a matter of course that in his drunkenness he would avenge upon his wife the hardships of his imprisonment .
3 ∆‰¿Ã¡ˆ
The lieutenants simply act upon their own discretion in that matter ? -Yes , I think so . 27. Do you take it that the arrests of prostitutes are to a large extent connected with drunkenness ? -A very large number of them . 28.
8 ∆‰¿Ã¡ˆ
Is that not a matter for the magistrate ? -It is a matter for both . These steps are always taken . Cases are very rarely sent directly from the Court ; as a rule , they are sent before this Committee , and then to the Justice of Peace ...
20 ∆‰¿Ã¡ˆ
In that matter I think a good deal might be left to the discretion of the magistrate to judge from the circumstances . Personally I do not think young children should be sent to prison at all . 483. And what would you do with them ?
¥Ÿ¿Ω » 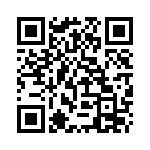