213 ∆‰¿Ã¡ˆ
The Lord Ordinary ( 19th June 1830 , ) having heard parties ' procurators , and
considered the closed record and productions , repels the defences maintained
by Thomas Bell , James Blasterton , and Christopher Smyth : Finds them liable ,
as ...
365 ∆‰¿Ã¡ˆ
This plea was not , however , stated in the defences , nor was it brought forward
by the defender for dis . cussion , or disposed of , or reserved by the Lord Or .
dinary , previous to closing the record . Being after . wards pleaded at the debate
...
366 ∆‰¿Ã¡ˆ
And praying the Court " to recal the interlocutor complained of ; and in respect
that no record has been prepared in terms of the statute , to dispense with
printing the numerous documents irregularly included in the record in the Inferior
Court ...
434 ∆‰¿Ã¡ˆ
The record was closed on the 24th April 1829 , and the Sheriff , the same day ,
pronounced this interlocutor : °∞ Having ... as well as of what is acknowledged on
the record , and proved in process ; and that , according to the decisions of the ...
577 ∆‰¿Ã¡ˆ
In consequence , as the pursuer alleged , of the relation in which the Panmure
family , at that period , stood to Government , from their connection with the
rebellion , the above entails , instead of being recorded , were executed in
duplicate .
¥Ÿ¿Ω » 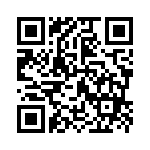