13 ∆‰¿Ã¡ˆ
The curtain rising slowly to soft music, discovers AlMERIA in mourning, LeonorA
waiting in mourning. After the music, ALMERIA rises from her chair, and comes
forward. Almeria. - Music has charms to sooth a savage breast To soften rocks, ...
22 ∆‰¿Ã¡ˆ
[Attendants to Almeria enter in mourning. Symphony of warlike music. Enter the
KING, attended by GARCIA and several officers. Files of prisoners in chains, and
guards, who are ranged in order round the stage. A LMERIA meets the KING, and
...
34 ∆‰¿Ã¡ˆ
Let me not stir, nor breathe, lest I dissolve That tender, lovely form of painted air,
So like Almeria. Ha! it sinks, it falls; I'll catch it ere it goes, and grasp her shade. , '
Tis life 'tis warm 'tis she, 'tis she herself! Nor dead, nor shade, but breathing and ...
61 ∆‰¿Ã¡ˆ
Osm. This charity to one unknown, and thus [Aloud to Almeria as she goes out.
Distress'd, Heav'n will repay; all thanks are poor. [Exit Almeria. Zar. Damn'd,
damn'd dissembler Yet I will be calm, Choak in my rage, and know the utmost
depth Of ...
71 ∆‰¿Ã¡ˆ
If what I fear be true, she'll be concern'd For Osmyn's death, as he's Alphonso's
friend: Urge that, to try if she'll solicit for him. but see, Enter ALMERIA and LEONo
R.A. King. Your coming has prevented me, Almeria; I had determined to have ... 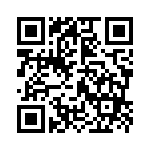