8 ĘäĄĢĮö
Indeed the whole law , and consequently the priesthood , became a shadow of good things to come ; but the body , which formed that shadow , was Christ .
27 ĘäĄĢĮö
... at the crucifixion of Jesus , that his holy body should not have been thrown into this , or any other Aceldama , as a common malefactor .
41 ĘäĄĢĮö
Well might it be said , as it is said , when Jesus , who had been secretly set up from everlasting the glorious Head of his body the church , was openly to ...
56 ĘäĄĢĮö
In the passage of the apostle Jude's Epistle , he saith , ”° Michael , the archangel , when contending with the devil , he disputed about the body of Moses .
59 ĘäĄĢĮö
... so when received by Christ , as the Head of his body the church , it is as the Head of communication in the fulness of Him that filleth all in all .
“ŁĄ½ » 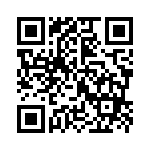