Most of John Dryden's (1631-1700) early work was for the theatre. He wrote romantic comedies, adaptations and tragi-comedies including 'Marriage -la-Mode'. He was Poet Laureate from 1668 to 1688 during which time he wrote his most celebrated satires and criticism. In his later years, he turned to translation. Steven N. Zwicker & David Bywaters have edited this volume. Zwicker teaches English at Washington University and is author of 'The Cambridge Companion to English Literature 1650-1740'. 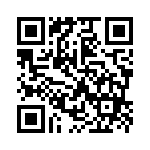