When I received the illumination from The Creator regarding to the seven-colors’ mystery in 1990, I left in the Hand of the Lord the time He would give us to publish this theme. I did not understand before why I’ve been received this revelation out of its publishing time, fifteen years before; but now I see that we’ve needed those past few years to be praying to God and studying together in unity His Word, until receiving His complete Revelation and knowledge in order to perfection this prophetical study through His Word; and through this, completing the verification of this truth. Then once and for all we can see that the time to reveal the “Mystery Of The 7 Colors Of The Rainbow” has already come.  THIS IS THE TIME!!!

By today’s days, my time in the study of the Prophetic Word is about 22 years, while my co-authors are about 18 and 14 respectively [from children as in Jews families culture] from different local and non-local theological and evangelistic schools and seminaries in the USA.

I had been taken my first 5 years of prophetical knowledge from local seminaries in my previous country. 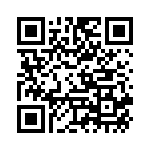