22 ∆‰¿Ã¡ˆ
Now ! - what ' s the business ? ve by larger characters within the field of his
person , of which the one is drawn in fig . 94 . The characters of the senators are
so inconsiderable that a drawing is not given of the second , nor of the numbers ,
the ...
165 ∆‰¿Ã¡ˆ
You say it wearies you ; But how I caught it , found it , or came by it , ( 1 ) In each
of the two plays comprized in the last volume , we had an example of a
transformation , in the characters of Hamlet in the first , and of Kent in the second .
272 ∆‰¿Ã¡ˆ
It will be seen accordingly that the different characters ( and indeed almost all the
incidents likewise ) which are introduced in the Satire , have already appeared in
some one or more . of the compositions which have been above explained by ...
290 ∆‰¿Ã¡ˆ
_ As Horace , in this satire , deals chiefly in generals , and de , scribes his
characters in a very few words , he does not furnish so strong an evidence of his
characters being drawn from the moon , as if they were presented in action in
continued ...
1 ∆‰¿Ã¡ˆ
In the conclusion of the third volume , one of the Satires of Horace was submitted
to the reader , with notes tending to shew that the characters described therein ,
as well as in the other compositions that preceded it , have corresponding ...
¥Ÿ¿Ω » 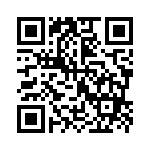