96 ∆šņŐŃŲ
Examples : NORTHERN HEMISPHERE . — Storm track N. E. and the wind S. E.
Then the ship is on the storm track and the STORM CARD gives the following
directions : If the wind changes to the southward , heave to on the starboard tack .
99 ∆šņŐŃŲ
... either by heaving - to on the proper tack or by running away from it , as the
case may be ; and also , in particular cases where the track of the storm lies in the
same direction as the ship ' s course , to take advantage of it and run along with it
.
103 ∆šņŐŃŲ
Then put the ship on the starboard tack . In the left semicircle the change of wind
will be to the left ; that is , from north toward west , from west toward south , & c . ,
which will in like manner indicate that the ship is in the left semicircle . Then put ...
104 ∆šņŐŃŲ
If it be necessary to distance the center or to run out of the storm disc , the
following rules should be observed : NORTHERN HEMISPHERE . Right
SEMICIRCLE . — Haul by the wind on the starboard tack and carry sail as long
as possible ; if ...
105 ∆šņŐŃŲ
If obliged to heave - to , do so on port tack . ON THE STORM TRACK . IN FRONT
OF THE CENTER . - Square away and run before it . Note the course and keep it ,
and trim the yards when the wind draws on the starboard quarter . If , however ...
īŔņĹ » 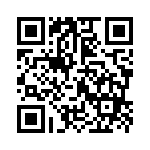