Lyell was born in Kinnordy, Scotland. His father was a naturalist, and Lyell grew up surrounded by books on natural history, geology, and other sciences. He entered Oxford University at the age of 19 after a boarding-school education that was periodically interrupted by poor health. There his interest in geology was heightened. Although he studied law, he gave up legal work to study rocks and fossils. His contribution to geology is twofold. First, he showed that the earth is constantly changing, not by a series of worldwide catastrophes followed by new creations, but by slow, gradual processes. Like James Hutton, he believed and taught that present-day processes were the ones that shaped the past. It was the worldwide publication of Lyell's treatises and texts that led to the general acceptance of the principle of uniformitarianism, first put forth by Hutton. Second, Lyell contributed the principle of faunal succession and the notion of the time sequence of events. These were evidenced from spatial relationships among strata, faults, and intrusions. The data on which Lyell's contributions are based were gathered on numerous field excursions, most notably in southern Europe, the United States, and Canada. During these trips, Lyell collected numerous samples that he and his wife meticulously categorized and labeled. His writings show that he was also interested in, and concerned about, human problems, as well as problems of science. He touches upon social reforms in England and the problems of slavery in the United States. Lyell was a prolific writer, summarizing his thoughts, contributions, and achievements in these major works: "Principles of Geology" (1830, 1831, 1833), "Antiquity of Man," and "Travels in America." His health and strength declined after the death of his wife in 1873, and he died two years later. He was buried in Westminster Abbey. 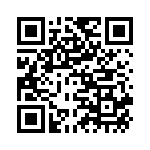