2 ÆäÀÌÁö
Thomas Sheridan , the father of Richard Brinsley , was born at Quilca , in Ireland ,
in 1721 . Dean Swift was his godfather . He was educated at Westminster School
and Trinity College , where he graduated M.A. On the death of his father he ...
5 ÆäÀÌÁö
The father , you know , was a wrong - headed , whimsical man , and , perhaps ,
his scanty circumstances were one of the reasons which prevented him from
sending Richard to the University . He must have been aware , as Sumner and I
were ...
6 ÆäÀÌÁö
My father's displeasure threatened to involve me in the denunciations against
him , for committing what he considered as a crime . Yet I risked everything , and
in the event was made happy by obtaining forgiveness for my brother . *** * You ...
7 ÆäÀÌÁö
In the year 1770 , when Halhed was at Oxford , and Sheridan residing with his
father at Bath , they entered into a correspondence ( of which , unluckily , only
Halhed's share remains ) , and , with all the hope and spirit of young adventurers
...
9 ÆäÀÌÁö
Terrified by his perseverance , and dreading the consequences of her father's
temper if this violation of his confidence and hospitality were exposed to him , she
at length confided her distresses to Richard Sheridan ; who , having consulted ...
ŽÙÀœ » 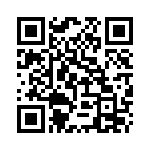